Sensor technology is also playing an increasingly important role in the market for industrial applications and household appliances, for example in the implementation of smart home applications. But it also enables significantly improved user-friendliness, helps save energy, and conserves resources. In this context, measured values such as level, pressure, temperature, and the detection of movements are becoming increasingly important. Among other applications, our high-precision position sensors can be used to measure the position of grippers on robots. Highly dynamic position detection, such as detecting imbalances in washing machines, is also carried out using our sensors.

Imbalance can occur in a number of ways, such as when washing is not properly distributed within a washing machine. It may be due to a particular item soaking up an excessive amount of water or several items becoming entangled. While this does not have any negative impact during the normal wash cycle, the powerful forces generated during the spin cycle can prove problematic. As a result, nearly all washing machines now feature an imbalance monitor to prevent damage to the appliance.

Our sensors permanently monitor the weight distribution and the movement of the drum, with the appliance control system evaluating the data and adjusting the speed accordingly. A smart algorithm is then used to redistribute the washing in accordance with the load and thereby resolve the imbalance in the drum.

Sensors for detecting the air quality 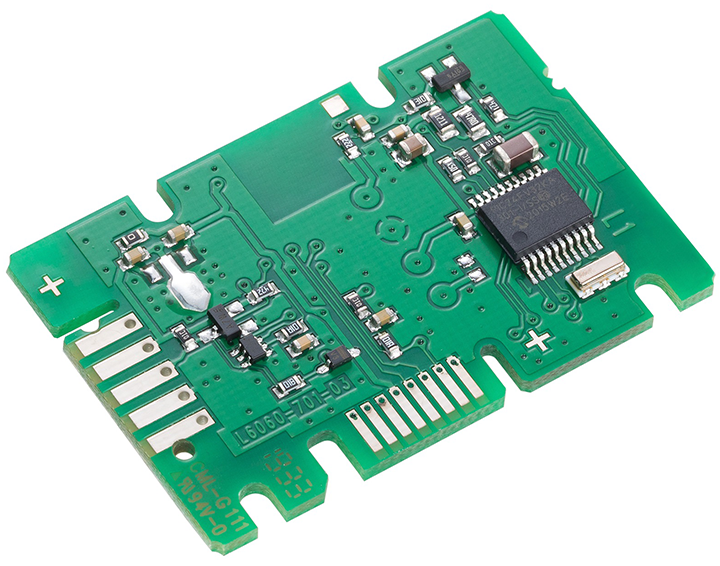 Air quality sensors permanently measure the intensity, degree of pollution, and number of odor molecules in the exhaust air. These measurements can then be used to adjust the fan performance levels and generate a pleasantly fresh atmosphere.

In addition, the continuous measurement of air pollution enables our smart sensors to predict when the filters will need to be replaced and when the unit will next require servicing.

Control panels for configuring a variety of stove functions

Our control panels directly enable the user to select the desired cooking zone and performance settings. For example, the user easily configure the desired temperature by moving their finger to the relevant level displayed on a slider.

Control panels for stoves are specially developed to meet demanding temperature and dirt requirements while ensuring flawless functionality. We develop dedicated algorithms for this purpose and adapt individual functions to meet the needs of the market and our customers.